» Health Plus Blog » What is Cholecystectomy? Cholecystectomy is the surgical removal of the gallbladder. The gallbladder is a small pear-shaped organ that collects and stores bile (a digestive fluid). It is nestled just below your liver on the upper right side of your abdomen. For this surgery, the gallbladder is detached from the liver and removed through incisions.

When do you need a Cholecystectomy?

A cholecystectomy can be performed to alleviate pain or other complications due to a multitude of gall bladder conditions, such as:

In many people, gallbladder problems may cause no signs or symptoms at first. However, if a gallstone gets lodged in a duct or causes a blockage, the following symptoms and signs may ensue:

In order to approve for surgery, your doctor may analyze your medical history followed by a physical examination. A series of tests, including blood tests, liver function tests, and diagnostic imaging tests, may be performed to assess your health status and suitable surgical approach. You may be given prophylactic treatments such as antibiotics to reduce your risk of infection following surgery.

To prepare for a cholecystectomy, you may be given specific instructions by your surgeon:

Inform your doctor of any known allergies to drugs, antibiotics, or contrast dyes.

Depending on your case, your surgeon will recommend one of the two surgical approaches - minimally invasive laparoscopic cholecystectomy or a traditional cholecystectomy.

First, you will be put to sleep using general anesthesia to feel no pain during the procedure.

During a laparoscopic cholecystectomy, four small incisions are made in your abdomen. A tube with a tiny video camera is inserted into your abdomen through one of the incisions, and surgical tools are inserted through other incisions to remove your gallbladder.

Then, your incisions are sutured. The entire process takes between one or two hours.

During an open cholecystectomy, an incision 6-inches or more is made in your abdomen, just below the ribs on your right side.

The muscles and tissues are pulled aside to access your liver and gallbladder. After this, the surgeon removes the gallbladder, and the incision is sutured. An open cholecystectomy takes one or two hours.

After the surgery, you'll be taken to a recovery area.

Following a laparoscopic cholecystectomy, you may be able to go home the same day or the next day. You may need to spend two or three days in the hospital after a traditional cholecystectomy. You will be able to eat and drink and walk without support within a week after going home.

Although cholecystectomy is considered a relatively safe procedure, like all surgeries, it comes with a small risk of complications:

If you are healthy and surgery goes according to plan, it will alleviate symptoms of pain, prevent recurring infection, and stop gallstones from returning.

While some conservative treatments, such as dietary modifications, can alleviate the symptoms to some degree, they cannot stop gallstones from coming back. In most cases, only a cholecystectomy will prevent gallstones from recurring.

You may temporarily experience loose stools after the procedure, but that typically resolves by itself. Most people won't experience digestive problems after a cholecystectomy. Your gallbladder isn't essential to healthy digestion.

Your recovery and return to normal activities depend on which procedure you underwent and your overall health status (such as the presence of other chronic diseases like diabetes or heart problems).

What is the recovery time after laparoscopic cholecystectomy?

Recovering from laparoscopic cholecystectomy can take up to 6 weeks, but you may return to your regular routine one week after the surgery.

What happens during a cholecystectomy?

You will be put to sleep using general anesthesia so that you don't feel any pain. Then, surgery is performed to detach the gallbladder from the liver and remove it. The surgical tools are removed, and incisions are closed.

Is cholecystectomy a major surgery?

What are the advantages of laparoscopic gallbladder surgery?

How to Keep Your Kidneys Healthy?

A Guide to Kidney Cancer

Hypertension (High Blood Pressure): All You Need to Know

What Happens to Your Body During Childbirth?

Why Antenatal Care During Your Pregnancy is Important?

Everything You Need to Know About In-Vitro Fertilization (IVF)

Everything you need to know about ganglion cyst Overview – Urology and the best urologist in Chennai 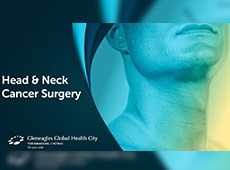