Pulmonology is a medical specialty that deals with diseases involving the respiratory tract. It is a medical specialty within internal medicine that deals with the health of the respiratory system, particularly the lungs, lower airway, breathing control, and their impact on blood oxygenation. It often involves managing patients who need life support and mechanical ventilation. Pulmonologists are specially trained in diseases and conditions of the chest, particularly pneumonia, asthma, tuberculosis, emphysema, and complicated chest infections.

Gleneagles Global Health City has the Department of best pulmonologists in Chennai who are trained from renowned institutions and provide the best of treatments to all the patients suffering from respiratory disorders. Gleneagles Global Hospitals is one of best hospitals for treatment of lung diseases in Chennai aim at helping every individual to breathe to their fullest without any difficulty.

The diagnostic tests and the treatments mentioned below are offered by the Department of Pulmonology.

Gleneagles Global Health City provides comprehensive care for lung diseases and has an amalgam of services offered to help you lead a healthy life.

Why Choose Us for Pulmonology & Critical Care Services & Procedures?

We have one of the largest Pulmonology departments in Chennai with many years of experience in this field, treating thousands of patients each year. The Pulmonology wards are well furnished with the latest technology machines to provide the best of service and care to victims.

Our doctors are highly knowledgeable, skilled, compassionate, and will be there for you when you need them the most. Our goal is measured by the number of people in whom we restore the hope of a healthy tomorrow.

Streamlined processes, advanced technologies, world-class infrastructure, specialized and interdisciplinary care, and an unparalleled simplicity of meeting every patient’s health needs. We are committed to your well-being.

Providing global access to advanced healthcare. We embrace high precision technologies for giving you a world class healthcare experience. Our exceptional medical expertise is matched by our commitment to personalized care.

People suffering with respiratory illness often find it very difficult to breathe without any effort. Most of the time, lung diseases affect your independence thereby reducing the quality of life. We are concerned about your health and so Gleneagles Global Hospitals offers one of the best pulmonologists in Chennai for your care.

Pulmonology is a medical specialty within internal medicine that deals with the health of the respiratory system, particularly the lungs, lower airway, breathing control, and their impact on blood oxygenation. A pulmonologist can treat any condition from asthma to tuberculosis

How Do Pulmonologists Diagnose Lung Diseases?

Pulmonologists use tests to figure out what kind of lung problem you have. They might ask you to get:

When would you see a pulmonologist?

You might see a pulmonologist if you have symptoms such as:

What kind of procedures do pulmonologists do?

Pulmonologists sometimes do procedures to:

Increasing particulate matter in the air we breathe and the growing habit of smoking amongst all groups has made our populace ever so susceptible to lung disorders and diseases. Some of the common lung related disorders include – pneumonia, asthma, CPOD, and lung cancer. With the best of infrastructure and highly qualified pulmonologists, Gleneagles Global Hospitals delivers comprehensive consultation and excellent surgical care to overcome all lung-related conditions. The Department of Pulmonology offers excellent treatment for the following diseases.

What diseases do Pulmonologists treat?

Immunology is a branch of biology that covers the study of immune systems in all organisms. An allergist or immunologist is a physician specially trained to diagnose, treat and manage allergies, asthma and immunologic disorders including primary immunodeficiency disorders.

Asthma can usually be managed with rescue inhalers to treat symptoms and controller inhalers that prevent symptoms (steroids). Severe cases may require longer-acting inhalers that keep the airways open, as well as inhalant steroids.

Cystic fibrosis is a hereditary disease that affects the lungs and digestive system. The body produces thick and sticky mucus that can clog the lungs and obstruct the pancreas. Cystic fibrosis (CF) can be life-threatening, and people with the condition tend to have a shorter-than-normal life span.

Interstitial lung disease (ILD) is an umbrella term for a large group of disorders that cause scarring of the lungs. The scarring causes stiffness in the lungs which makes it difficult to breathe.

Chronic obstructive pulmonary disease (COPD) is a type of obstructive lung disease characterized by long-term breathing problems and poor airflow. The main symptoms include shortness of breath and cough with sputum production.

Obstructive sleep apnoea (OSA) is a common disorder characterized by repetitive episodes of nocturnal breathing cessation due to upper airway collapse. OSA causes severe symptoms, such as excessive daytime somnolence, and is associated with a significant cardiovascular morbidity and mortality. 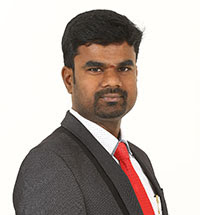