Gleneagles Global Health City is amongst the best ENT hospitals in Chennai that has a range of ingenious treatments which cater to the patients suffering from diseases related to the ear, nose, and throat. This department has a team of one of the best ENT doctors who are trained by a group of faculty members from renowned institutions who aim at providing the best service possible.

We are amongst the best hospitals for the treatment of ear, nose, and throat diseases in Chennai with many years of experience in this field, treating thousands of patients each year. Our highly skilled ENT specialists have adequate knowledge in radiology, audiological investigations with decades of experience in this field which are usually required in the department of ENT.

We at Gleneagles Global Health City, Chennai understand the importance of your problem and provide you with the best of services available today making it the best ENT hospital in Chennai.

Why Choose Us for Ear, Nose & Throat Related Disorders & Diseases?

We are amongst the best hospitals for treatment of ear, nose & throat diseases in Chennai with many years of experience in this field, treating thousands of patients each year. Our facility is well furnished with the latest technology machines to provide the best of service and care to victims.

Meet with our team of highly skilled, compassionate and knowledgeable doctors, who aim to be there for you when you need them the most. We strive hard to offer a healthy tomorrow to most of our patients, and we achieve this with the support of our amazing staff.

We have streamlined processes, advanced technologies, world-class infrastructure, and are specialized and interdisciplinary care. We also aim to meet every patient’s health needs, and are perennially committed to your well-being.

At Gleneagles Global Health City, Chennai we are keen on providing global access to advanced healthcare. Our facility is equipped with high-precision technologies and top gadgets that gives you a world class healthcare experience. Our commitment to personalized care matches our exceptional medical expertise.

Gleneagles Global Health City is amongst the best hospitals for ENT in Chennai that offers advanced consultation and surgical care for problems of the ear, neck and throat region. The hospital is equipped with the best of facilities, and few of the best doctors of ENT that carries out both routine and complex surgical procedures via the endoscopic method. Combined skull-base surgeries, micro ear/micro laryngeal surgeries, nasal/laryngeal/esophageal endoscopies, and surgery for deafness are the procedures that are carried out by the department.

The following treatment is undertaken by the department

A short-term inflammation of the membranes that line your nose and surrounding sinuses is acute sinusitis. It is also known as acute rhinosinusitis

When the immune system overreacts to allergens in the air, it causes allergic rhinitis. It is a type of inflammation and is also known as hay fever.

When the spaces inside your nose and head (sinuses) are swollen causes chronic sinusitis. It stays inflamed for three months or longer, despite treatment.

Meniere’s disease leads to dizzy spells (vertigo) and hearing loss. It is a disorder of the inner ear.

A malignant tumor that develop in your throat (pharynx), voice box (larynx) or tonsils is called throat cancer.

Nasopharyngeal carcinoma is cancer which is located behind your nose and above the back of your throat that occurs in the nasopharynx.

The perception of noise or ringing in the ears is tinnitus.

Tonsillitis is inflammation of the tonsils. It is two oval-shaped pads of tissue at the back of the throat.

What does an ENT specialist do?

The department of ENT at Gleneagles Global Health City is amongst the best hospitals for ear, nose, throat care (ENT Treatment) in Chennai, and offers comprehensive treatments. Our skilled ENT doctors and other specialists provide expert diagnosis and the latest ENT treatment options for any infections using their broad scope of knowledge and experience.

What are the diseases/conditions treated by the ear, nose, and throat (ENT care) department?

These include any illnesses or disorders that make you feel unsteady or dizzy. It is caused by certain health conditions, medications, a problem in the inner ear or the brain.

Dizziness is a sudden internal or external spinning sensation. It is often triggered by moving your head too quickly.

Common causes of dizziness include:

Ear deformities are present from birth so are congenital. Children and adults may develop ear deformities from trauma or disease in rare cases.

Inflammation of the inner, middle, or outer ear, often with a bacterial or viral infection.

The perception of noise or ringing in the ears is Tinnitus.

The feeling that you’re moving when you’re stable is called vertigo or it might also feel the other way around like things around you are moving when they aren’t. People usually relate vertigo to motion sickness. The sensation of “feeling dizzy” or feeling as if the room is spinning is how people experiencing vertigo generally describe it.

Smelling an odour that is not actually there is called phantosmia. It is also called an olfactory hallucination or a phantom odour. It may occur in one nostril or both.

An allergy is an immune system response to a foreign substance that is not harmful to your body.

Breathing issues can cause a host of symptoms:

An infection, growths in the sinuses (nasal polyps) or swelling of the lining of your sinuses causes chronic sinusitis.

Signs and symptoms may include:

Some blockage of the nose or nasal cavity is referred to as nasal obstruction. It can be caused by a wide variety of problems.

Sideways displacement of the wall between the nostrils.

It is an inflammation of the adenoids which is caused by infection. Masses of lymphatic tissue that help the body fight infection are known as adenoids.

When a cough lasts longer than 8 weeks in adults or 4 weeks in children, it is referred to as a chronic cough. Common causes include:

Tonsillitis is inflammation of the tonsils. It is two oval-shaped pads of tissue at the back of the throat

Cleft lip and cleft palate are the most common defects of the face. Ears, eyes, and jaw might be other defects.

Jaw fractures are usually considered facial fractures, but it is a fracture in the upper jaw. As a result of blunt trauma, the mandible is often broken.

It is a sleep disorder in which normal breathing is disrupted and it repeatedly stops and starts. Having a full night’s sleep and still feeling tired is a sign of sleep apnea.

Voice disorders affect the ability to speak normally. Laryngitis paralyzed vocal cords, and a nerve problem is a few of the disorders that cause the vocal cords to spasm.

What are the most common ENT treatments?

Gleneagles Global Health City India is one of the best ENT hospitals in Chennai which offers the best throat infection treatment, treatment of ear infections and care for all eat, neck and throat conditions. We have few of the best ENT specialists in Chennai to bring you the most advanced ear care, treatment of nasal conditions and throat related disorders. Meet with our team of highly skilled, compassionate and knowledgeable doctors, who aim to be there for you when you need them the most. We strive hard to offer a healthy tomorrow to most of our patients, and we achieve this with the support of our amazing staff. 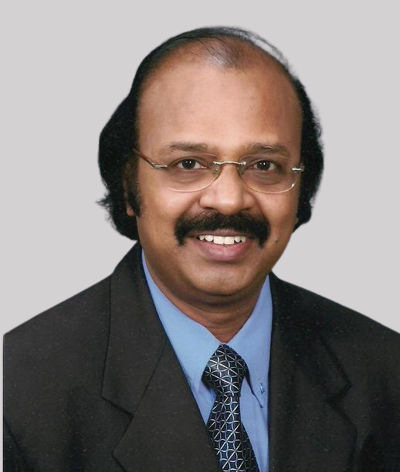 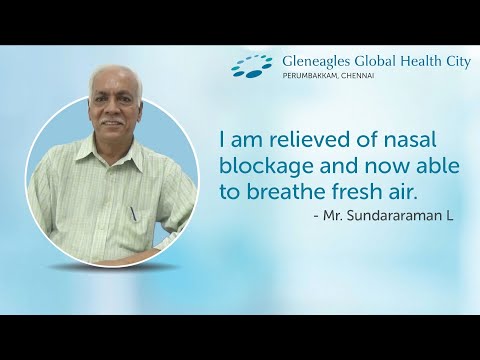 “I am relieved of nasal blockage and now able to breathe fresh air” –...